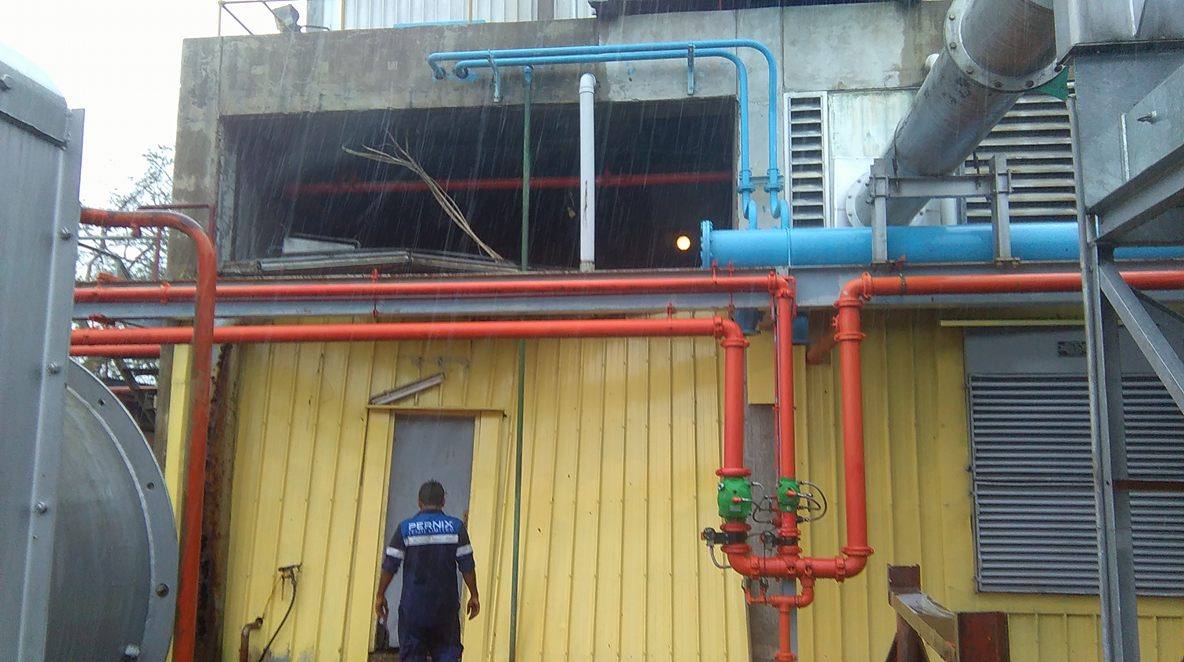 Pernix’s Vuda Power Station suffered damage during the storm.  Shown above, a portion of the wall louvres collapsed from the heavy wind, letting rain into the building. 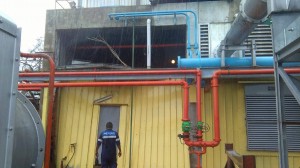 Pernix’s Vuda Power Station suffered damage during the storm. Shown above, a portion of the wall louvres collapsed from the heavy wind, letting rain into the building.

In the wake of the category 5 Tropical Cyclone Winston, which made landfall in Fiji on Saturday 20 February 2016, the reports of the destruction left behind are continuing to surface. While there is widespread damage throughout Fiji – there will be many people looking for roof replacement (more info here) and similar services as houses and other buildings were ravaged by the storm – and the number of people dead or missing continues to rise, the Pernix (Fiji) Limited employees and families were able to stay safe through this record breaking storm and were able to restore power quickly.

Pernix (Fiji) Limited operates and maintains two power plants on Fiji, one in Suva on the East side of the Island, Viti Levu, and the other on the West side, in Vuda. The Kinoya power station in Suva, Fiji suffered minor damage and although power was down throughout the island, was able to feed limited power to the local hospital immediately and other areas which can receive power following the storm. The Vuda power station was hit harder and suffered damages due to the wind and rain taking on water, despite that, Vuda was able to come back and generate power 4 days following the storm to limited areas in the Western Division. Pernix Fiji employees worked hard to secure the power stations and to get backup power running as soon as possible after the storm.

Pernix (Fiji) Limited General Manager, Michel El Rahi stated, “Cyclone Winston left behind a lot of damage in Fiji, and we are still recovering from this storm. The most important thing to us is that our employees and their families are safe.” He added that there are some employees who lost parts of their homes, but remained unharmed which was the greatest news!

Pernix Group, Inc. common stock is traded on the over-the-counter quotation board (OTCQB) under the symbol PRXG. Additional information is available at www.www.pernixgroup.com.